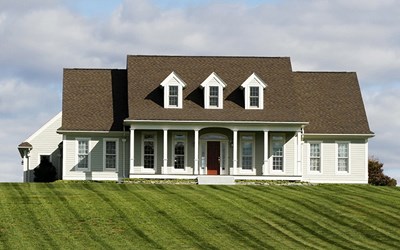 Located in the heart of Adair County, Mo., Kirksville stands out with its small-town charm and close-knit communities. It’s a city that values its history and farming culture as much as it emphasizes the importance of education, art and outdoor recreation.

Kirksville is also the city United Country Real Estate | Land & Water calls home and we feel blessed to live here. In many ways, it’s the hub of the Northern Missouri region for those seeking the amenities of larger cities. Still, it’s far from big and bustling as cities go; the population has hovered between 17-18,000 residents for decades now.

Let’s take a closer look at the appeal of Kirksville and the surrounding area in Northeast Missouri for visitors and residents alike.

Many of Adair County’s (before it had a name) early settlers arrived from a different Adair County. That Kentucky county, the namesake of Governor John Adair, inspired the naming of Adair County, Mo. Kirksville was reportedly named after the town’s first postmaster, Jesse Kirk, who also owned the hotel and tavern. The city was the result of combining the towns of Long Point and Hopkinsville, and Kirksville incorporated in 1857.

During the Civil War, Colonel John Neil led his Union troops into Kirksville to force out the Confederates under Joseph Porter. The casualties were many but the Union was victorious and Colonel Neil gained recognition for this battle.

The city was also the focus of an amazing story that gained national attention in 1899, when a tornado picked up a piano and transported it miles away, though somehow leaving it in perfect condition. It was an iconic, miraculous event for the time and was even depicted in song.

The founding of Truman State University in 1867 allowed the city to grow and expand, and the school has been a staple of the city ever since. Additionally, farming played a major role in the Kirksville’s economy and culture and that still holds true today and throughout the Northeast region. As in the rest of the state, corn, wheat, soybeans and cattle are among the top commodities.

Truman State University will always be a significant part of Kirksville’s identity and reputation. Originally known as North Missouri Normal School and Commercial College under founder Joseph Baldwin, the university took on its current moniker in the 1990s to honor a Missouri native … President Harry Truman. Today, the school is nationally recognized as among the best places for higher education in the Midwest. It also plays a role in the local art and music scene.

In the mood for live theater? The Curtain Call Theatre is the place to go. The venue features both classic and contemporary plays, along with the occasional movie or other event. Kirksville may be a modest, rural city but one that truly embraces its history, culture and sense of community.

If sitting and watching a show or crafting art isn’t really your thing, have no fear. Kirksville and Adair County provide many opportunities for hunting, fishing, hiking and other outdoor adventures in Northern Missouri.

Kirksville’s Thousand Hills State Park allows for visitors to rent cabins, boats and other camping necessities throughout the year. The 3,215-acre park features the massive Forest Lake, ideal for swimming, boating and more. Area trails welcome hikers and bikes, and there’s even a dining lodge. 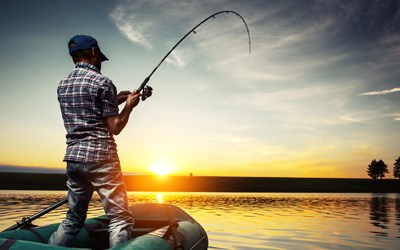 Hazel Creek Lakeoffers 530 acres of water and land with great hunting and fishing, while the Chariton River – which forms the boundary between Putnam and Schuyler counties north of Adair – is popular for area ATV and horse trails, bird watching and kayaking on the water.

We’ve only touched on the variety of activities to enjoy in this part of Missouri, and there’s certainly more to discover. We encourage you to come out and experience the region to see if it fits your lifestyle and goals. Welcome to Kirksville, Mo., and Adair County!